Promos PH: To all our fellow 2Go Travel passengers and readers about Superferry promo fares, we have some announcement to make about our newest website that we just launched this month of May. Earlier, we thought of catering to a greater no. of Filipinos that are looking for promos on different brands and online shopping sites. Since this blog we maintained since 2008 has been doing good, serving our subscribers with the latest promo updates exclusively for 2Go travel, we would like to touch-base to the other needs of our fellow readers, thus we created a new website.

Please take a time to visit www.promos.ph which aims to really provide you with information on the latest deals, promos, discount vouchers from the various shopping sites in our country like Ebay, Zalora, Lazada, Booking.com, Agoda and a lot more.

We hope you were able to check the new website we have. And we wish you could take a little favor we ask from you. We have created a dedicated social media accounts exclusive for this new promos.ph. Pls. refer below for the different accounts. And just to let you know, you will have a chance to buy a teeth whitening kit and avail it with 20% off from its price! How is that? Please continue reading.

2go Travel Promo 2017: The company 2Go Travel or formerly Superferry has released a one-day promo during Mother's day but you don't need to worry as the said promo is still can applicable to this very day! The 2go Travel promo will have a travel period from June 16 to September 30, 2017. There are various routes in which 2Go Travel is sailing. From port to port ferries. 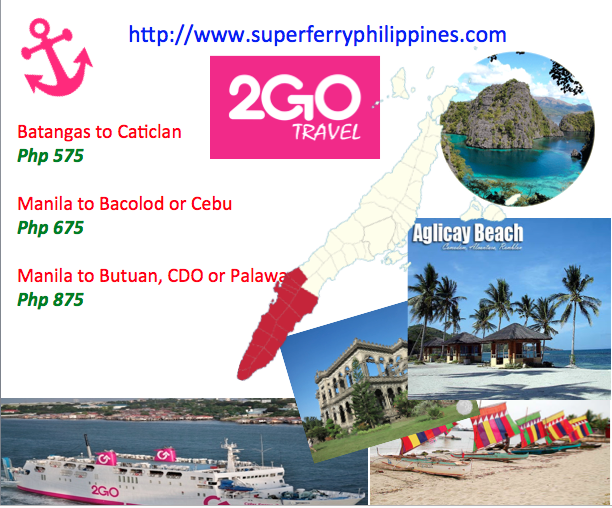 Below are the cheapest fares you can book through 2go Travel with their corresponding route destination: